Monsters made by Tyler 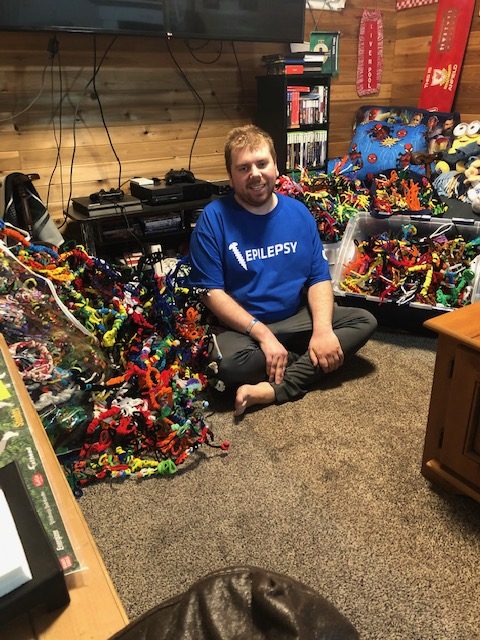 Tyler Watton, 29 from St. Catharines, Ontario and his creations.

This is Tyler Watton.

He is 29 years old and has suffered from severe seizures since he was 6 months old. When he was very young, he had atonic, or drop attacks, where he would lose temporary control of his neck and limbs. His mother described that she would have bruises on her chest from his head falling against her when she held him.

At the age of six, he was diagnosed with Lennox-Gastaut syndrome (LGS) which is a severe form of epilepsy that typically becomes apparent during infancy or early childhood. Affected children experience several types of seizures most commonly atonic, tonic, and atypical absence seizures. Children with this syndrome may also develop cognitive dysfunction, delays in reaching developmental milestones and behavioral problems. This syndrome can be caused by a variety of underlying conditions, but in some cases no cause can be identified. it can be difficult to treat because it is resistant (refractory) to many kinds of anti-seizure medications.)

He experiences several types of seizures; started with the atonic and then a generalized tonic clonic would often happen afterwards, and because he had many seizures per day, Tyler and his family felt that his quality of life was affected by these seizures

Which is why when Tyler was 20, he chose to have a surgery called Corpus Callosotomy performed, which is a surgical procedure used to treat atonic seizures, also called drop attacks, by dividing all or part of the corpus callosum. This is the bundle of nerve fibers that connects the two brain hemispheres.

The procedure prevents seizures from spreading from one half of the brain to the other.

In a nutshell, the surgery does not completely eliminate seizures, but it prevents them from affecting the entire brain and muscles on both sides of the body. After the surgery, a seizure may affect muscles on one side of the body, but muscle tone on the other side will be maintained, reducing the risk of injury from falls.

Unfortunately, Tyler had an exceedingly difficult recovery; post-surgery he suffered a stroke that has affected his fine motor skills and now has a severe stutter.

To assist in working on his fine motor skills, he began making these little creatures out of pipe cleaners. He soon found that this was a wonderful outlet for his imagination and creativity. 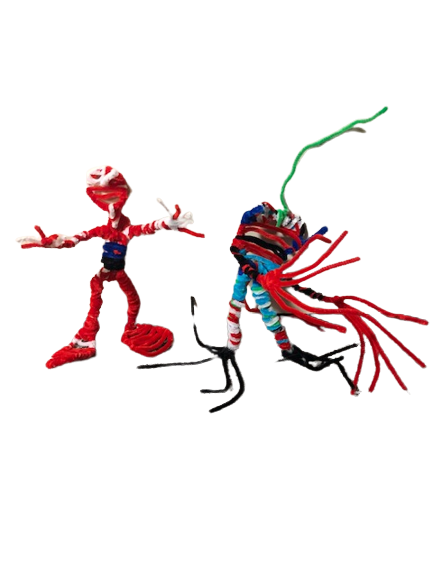 And then 5 years ago, he had a VNS implanted. Vagus nerve stimulator (that looks similar to a pacemaker and is implanted just beneath the skin, to the vagus nerve in the neck. The stimulator sends regular, mild electrical stimulations through this nerve to help calm down the irregular electrical brain activity that leads to seizures.

VNS therapy aims to reduce the number, length, and severity of seizures.

VNS therapy may reduce the length or intensity of seizures, but this does not happen for everyone. It is similar to medication in the idea that it works for some and sometimes not for everyone.

Over the pandemic, he has made hundreds of creatures that he often calls monsters and he and his family have decided to hold a third-party fundraiser and donate the proceeds to Epilepsy Niagara.

We have also set up a place where people can donate online at Canada Helps.

Our Sponsors and Partners